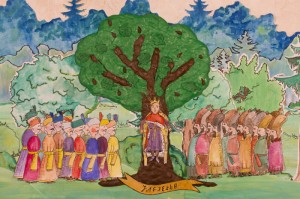 Our stop motion animation workshops are also available in English! Our crew is made up of fluent and upper intermediate speakers, all with experience working on international productions.

Our project offers an exciting opportunity for students of all ages to experience the world of film animation through a hands-on workshop. Groups of students or individuals will take part in a workshop during which they will learn a brief history of animated film, the basics of the art, how to build a script and plan out the production and finally, how to animate their desired story. At the end of the workshop each student will take home a digital copy of their work. 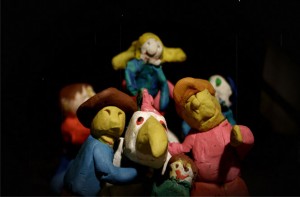 Animation as an art is an exciting project for students of all ages. To adults, it may appeal as a way of expressing their views and telling stories through a medium which brings together many art forms and thus can render a result which is more than the sum of their parts. Children on the other hand will find the possibility of bringing their fantasy worlds to life extremely exciting; to see the work of their own hands come alive as if by magic will spark their creativity and encourage them to seek out new ways to express themselves. 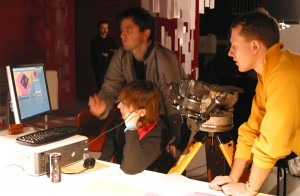 Classic frame-by-frame animation as opposed to digital animation is done in great part by hand and includes such fun techniques as: claymation (such as Morph or early Wallace and Gromit films), cut-outs, line drawing, pixilation (where live actors are used as subjects in the film), time-lapse, puppet animation (such as Postman Pat or Fantastic Mr Fox) and many many others. It is impossible to list them all as the only limit is the artist’s imagination.

The module we propose, just like the art of animation itself, is extremely flexible. We have successfully organised animation workshops which were completed in a single day as well as others which lasted for over a week. We have worked with young children, teenagers, and adults alike, the youngest of my students being seven, the eldest well into their fifties. We have divided students into groups in which they worked together on a single film as well as guided individuals through production.

If you are interested in our workshops, we’re waiting for your call!